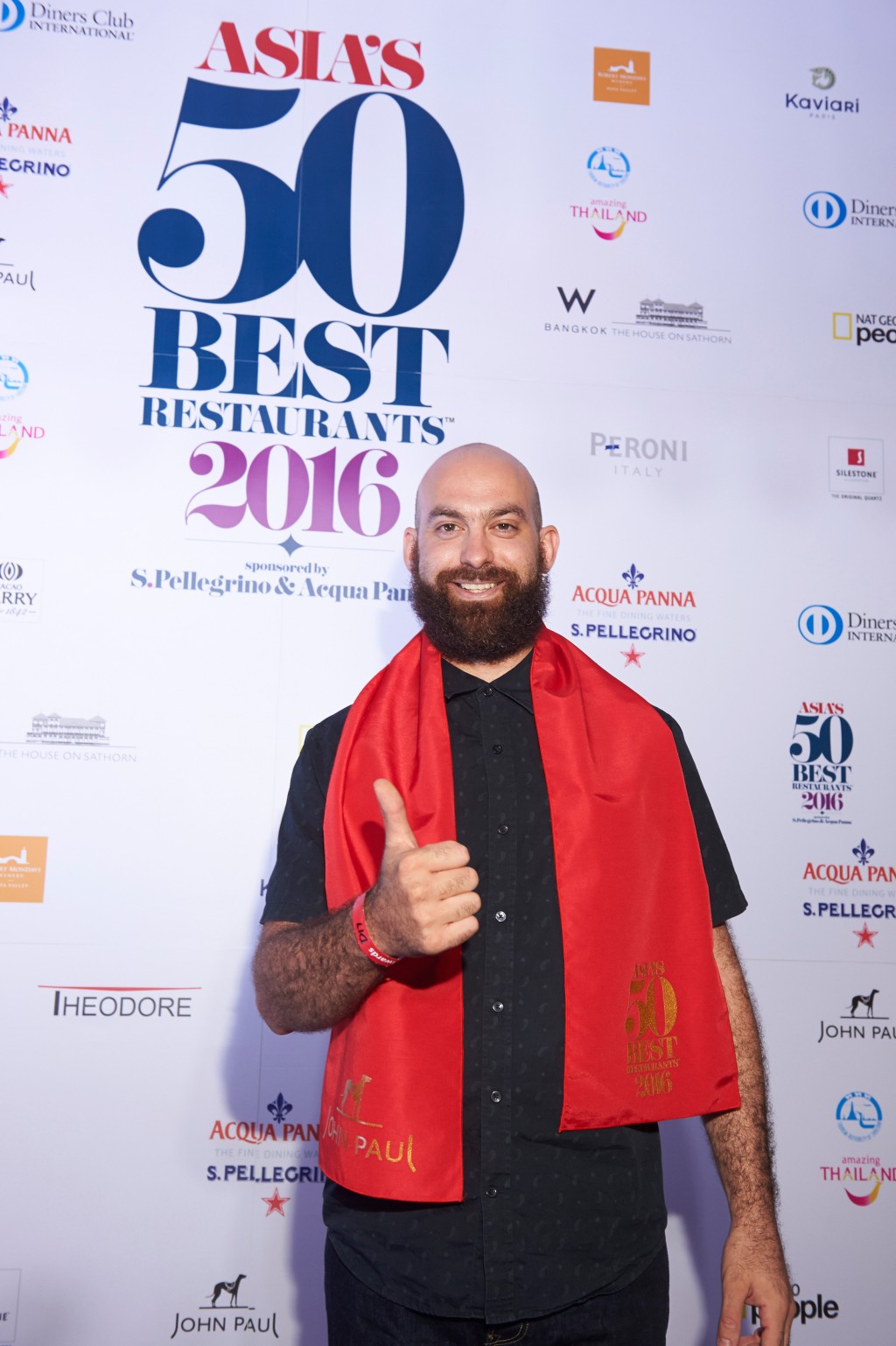 Perth-born David Pynt was Australia’s best-on-ground, rocketing up the ranking 16 places to number 14 with his Singapore barbecue restaurant Burnt Ends. It feels “pretty good”, said a laconic Pynt immediately after the ceremony. “It basically shows that people enjoy what we do; that we’re on the right track and people are happy. That’s all we can ask for.”

Sydney’s Tetsuya Wakuda was the highest-ranking Australian culinary presence with his Singapore restaurant Waku Ghin up three places to six on the list. And, while Bangkok-based former Sydneysider David Thompson’s Nahm dropped one place to eight, he enjoyed a rowdy standing ovation as he took to the stage to receive The Diners Club® Lifetime Achievement Award. “It’s the pensioner’s award,” he had joked in the lead-up to the presentation, having already been told he was receiving the award. “And I’m hoping, I’m praying it will give me a bus ticket in every city in the world.”

Meanwhile, Thompson is very happy with the performance of his new Perth restaurant, Long Chim, and says a Sydney CBD version is close. “We’ve found a spot and we’re probably opening in the third quarter of this year.”

The only other Australian to feature, Darren Hausler, had success with his Bangkok restaurant Eat Me climbing two places to number 23.

Asia’s 50 Best Restaurants is one of two regional offshoots of the World’s 50 Best Restaurants, run by the William Reed Media Group. This year it was vetted by auditing firm Deloitte, resulting in a draw (the first time in the regional competition’s history). Japan’s La Maison De La Nature Goh and Singapore’s Tippling Club (ex-Vue de Monde head chef, Ryan Clift) were both ranked 31.

Peter Barrett attended the event as a guest of Asia’s 50 Best.