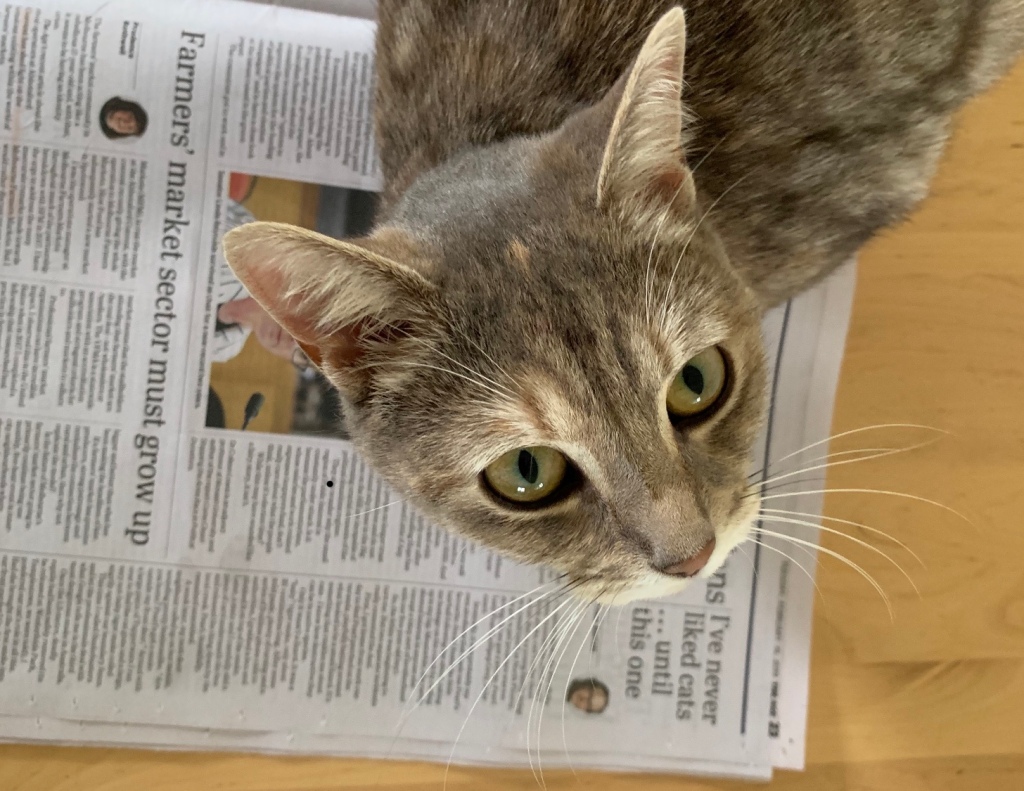 I’ve never liked cats. For all the usual reasons: too aloof, won’t fetch sticks, can’t order them about. But as a young family living on a small block in North Fitzroy, the get-a-pet pressure was too strong. So we got a kitten. Pearl. Lady Pearl Lollipop Grey, to be exact.

Ironically, it was probably my own aloofness that made me Pearl’s favourite. Soon I found the little hairball following me about, taking me hostage on the couch by curling up in my lap. Meanwhile, she rarely showed interest in anyone else (except a bitey sort of brotherhood with our five-year-old boy).

So, the feline was beginning to turn me. But two separate incidents really cemented the deal.

First, I got home from work one day to find Pearl perched on the veranda, playfully batting around what looked to be a small lizard. It’s something that rankles me about cats – I know how destructive they can be to native species. Only it wasn’t a lizard. It was a “baby” tiger snake, only about 30cm long. After some mild panic, plenty of cursing and a series of fruitless phone calls to authorities, I grabbed a box and plonked it on top of the snake. Later, a mate and I carefully slid a piece of card underneath the box and released the thing down by the local creek. Pearl, thankfully, remained unscathed.

A week later, my next-door neighbour called up on her mobile, sounding pretty businesslike. “Are you home? Pearl’s got a snake outside my front door.” Armed with a large piece of Tupperware I ran over to find the cat gone and a large, very not-baby tiger snake coiled angrily against our boundary fence. This time I called Snakebusters and let the professionals deal with what Google tells me is the third most dangerous snake in Australia.

Once the 1.2-metre, deadly reptile had been safely removed (to be released at Westerfolds Park, Templestowe, we were told) I pondered our cat’s role in all this. Had she brought the first snake into our front garden? Or did she save us from it? Certainly her mutual hissing at the snake in my neighbours’ entrance had alerted everyone (including an Uber Eats driver with questionable timing) that there was danger at our heels. And then a story my father used to read me as a boy came flooding back. Rikki-Tikki-Tavi, by Rudyard Kipling. Sure, Pearl was no substitute for a happy, lappy, pet dog. But as far as I’m concerned, she’s our very own North Fitzroy mongoose.

This story was first published in The Age on 19 February 2019.